Below is a non-exhaustive list of the types of things we are interested in. As you can see we have very broad interests within the field of evolutionary ecology. If you are interested in working with us on any of these, or related, topics, get in touch! 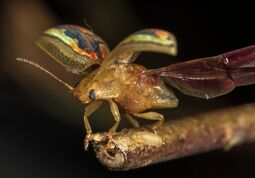 ​We are interested in how thermal tolerance traits evolve in animals with complex life cycles (i.e. distinct life-stages separated by metamorphosis), using Australian Paropsine beetles as a model system. Each life stage experiences different selection pressures, due to living in different environments and specialising in different tasks. However, different lifestages of the same individual share the exact same genome. This raises a fundamental evolutionary question – to what extent does the resetting of the body plan at metamorphosis allow for independent adaptation at each life stage? Answering this question is essential to predict how animals might adapt to rapid environmental change. We use comparative approaches, quantitative genetics and behavioural/physiological experiments to look at the ecology and evolution of thermal tolerance, increase our understanding of how native insects will respond to climate change, and provide fundamental knowledge of how genetic constraints shape the evolution of animals with metamorphosis.

Coevolution of Hosts and their Sexually Transmitted Infections 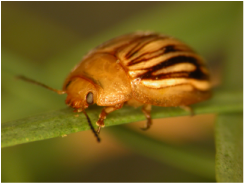 Sexually trasmitted infections (STIs) pose significant health problems for sexually reproducing organisims. Consequently, the selection that STIs impose on their hosts is predicted to be an important driver of mating system evolution. That is, the presence of STIs in a population may influence who and how many partners an individual chooses to mate with. We are interested in exploring the relationship between STIs and host mating behaviour in an evolutionary context.

Most of our work in this area focuses on sexually transmitted ectoparasites of native Australian insect host species such as Eucalypt beetles (left) and Alpine grasshoppers, but we are also interested in the effects of sexualy transmitted microbiomes (e.g. in the pest species Gambusia holbrooki See video for a brief description). 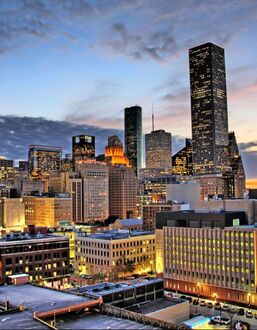 In a rapidly changing world it is important to understand how organisms adapt to new environments. We conduct a range of research within this area, sometimes using lab based studies on model species (e.g. our work on threespine sticklebacks and seed beetles), sometimes studying wild animals out in the field and sometimes consolidating the already published literature to identify generalities.

As an example, our work on threespine sticklebacks (Gasterosteus aculeatus) conducted in collaboration with Dr. Iain Barber at the University of Leicester, investigates both evolutionary and ecological responses of these fish to variation in water flow regime and dissolved oxygen. In particular we are interested in how males adjust their nesting and parental care behaviour. Nest structure and parental care are important for the survival of offspring and are also influenced by the environment. Understanding whether and how males can adjust their nests and care will provide information on how these fish can adapt to changing flow regimes and water quality that is expected with climate change. 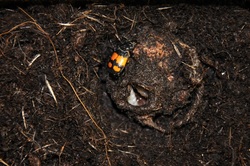 In collaboration with Nick Royle (University of Exeter) and  Allen Moore (University of Georgia) we have worked on the coevolution of mating behaviour and parental care using the burying beetle (Nicropohorus vespilloides) as a model system. Both mating behaviour and parental care are important components of animal mating systems. Understanding how these two facets of reproductive behaviour coevolve will allow us to understand the processes that shape the evolution of life history traits as well as explain patterns of diversity in animal mating systems.

​We are currently interested in developing Australian model systems to study similar questions and extend this research. 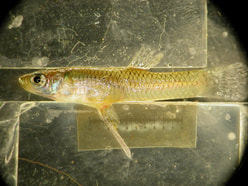 Sexual selection can operate at multiple levels: before mating and after mating. We are interested in the processes that drive the evolution of both precopulatory and postcopulatory mate choice. To date our research in this area has focused on questions such as: Can mate choice evolve via indirect benefits?; How does sexual harassment influence mate choice?; How does environmental variation affect the evolution of mate choice? Most of our work in this area has focused on model species such as guppies, mosquitofish and crickets. 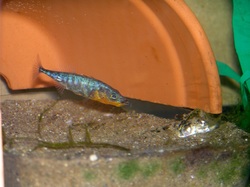 The role that sexual selection plays in speciation is a controversial topic. In collaboration with Dr. Jenny Boughman (Michigan State University) and Dr. Genny Kozak (University of Illinois) we have conducted research on threespine sticklebacks investigating how sexual selection leads to reproductive isolation between sympatric limnetic and benthic species pairs. To date our research on this topic has focused on how female choice for locally adapted males within their own species can facilitate sexual isolation by allowing females to also avoid males of the other species. However we are also interested in establishing other model systems to explore how other forms of sexual selection influence speciation. 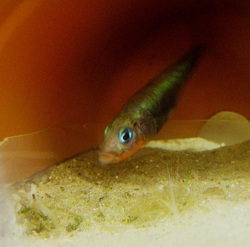 In addition to the influence of sexual selection on speciation we are also interested in how parental care contributes to speciation. In animals with parental care such as sticklebacks there is opportunity for indirect genetic effects to influence the evolution of offspring phenotypes, how this may contribute to speciation has rarely been explored. One way that parental care may contribute to speciation is through sexual imprinting. If offspring imprint on their parents phenotype when choosing mates this may strengthen sexual isolation. Another way is through differential allocation. If parents allocate more resources to the offspring produced by conspecific matings thanthey do to the offspring produced from heterospecific matings then parents may be able to ensure reproductive success when mating opportunites are rare, as well as direct resources to "fitter" offspring when mating opportunities are frequent. 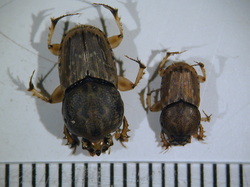 In animals with parental care the environment provided by parents is important in determining the expression and evolution of offspring traits. Our research on parental effects focuses on the role of fathers in determining offspring traits. Fathers can influence offspring traits in a variety of ways, through the genes they pass on to their offspring, through the care they provide their offspring and also through their interactions with mothers. For instance, females may provide more care to offspring that are sired by males that they think are more attractive. Our work in this area focuses on using invertebrate model systems like  crickets (Acheta domesticus), dung beetles (Euonoticellus intermedius) and burying beetles (Nicrophorus vespilloides) and seed beetles (Callosobruchus maculatus). 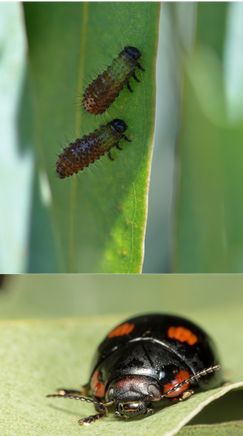 The Evolution of Anti-Predation Strategies
Animals often exhibit a suite of defense traits that help them avoid predation. We are interested in understanding how these different defense traits co-evolve. For instance, are some sets of traits more likely to appear together than others? and if so, under what circumstances?

We are also interested in what drive's within species variation in defense traits. For instance, how do anti-predator strategies differ depending on life stage, or sex? and how does selection act to produce these differences? Our work on this topic to date has focused on insects. Together with Iliana Medina (University of Melbourne) we have used comparative analyses and behavioural experiments to look at.

We are currently building a molecular phylogeny for Australian Chrysomelids to help us tackle these questions in this charismatic group of native beetles. 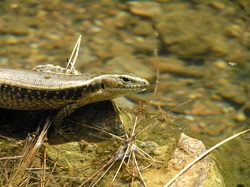 We currently extending this work to look at plant-insect interactions. Specifically, we are interested in how leaf chemistry affects eucalypt resilience to psyllid attack, and the role that chemical signals play in how psyllid parastoids locate their hosts.